One of my monthly music magazines - Mojo, I think - has a regular feature which focuses on those albums that failed to achieve commercial success, despite being of the highest quality.  Occasionally it might be an album that did hit the heights, but that was never capitalised upon by the artist.  The overriding feature of the albums is that they have been quietly forgotten, but lie there, waiting to be discovered and appreciated by a new generation.  Hence the title of the feature, "Buried Treasure".

I was reminded of this feature the other day when a long forgotten album came up on shuffle, and I thought I'd treat you to a few examples of buried treasure I've got lurking in the depths of my hard drive. 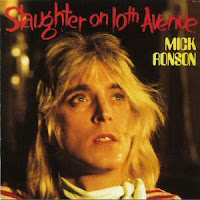 This is the album that kicked off the theme for this blog.  Mick Ronson was, of course, the guitarist in David Bowie's Spiders From Mars, later working with Ian Hunter and producing Morrissey, before dying at a ridiculously young age.  He released (I think) two solo albums in the early '70s, of which this was the first.  Heavily laced with the glam trimmings of the time, it showcased a great guitarist with a surprisingly gentle, wistful voice.  One track, Only After Dark, was picked up by the Human League, who covered it on their second album, Travelogue.  Re-listening after all these years, the quality (and, inevitably, the Bowie influence) shines through. 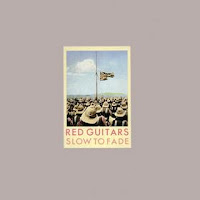 Red Guitars came from Hull, and came to my attention when they supported The Smiths in Norwich back in the early '80s.  I also got to see them later, headlining their own gig also in Norwich.  Why they got The Smiths gig is bayond me, as they had very little in common with the Charming Men from Manchester.  Guitar-driven and left-leaning (hence their name) they infused their music with African rhythms, decades before Vampire Weekend thought of it.  They released a few singles that tickled the top of the indie charts (Fact, Steeltown, the wonderful Good Technology) and this album, before imploding.  I think there was a second album but with a different lineup.  But as a legacy, Slow To Fade is a gem.

Cath Carroll - England Made Me 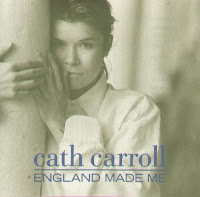 Cath Carroll was a music journalist who also played in an early '80s indie band called Miaow.  She also released this solo album whilst signed up to Factory.  Sounding completely unlike anything else released on the label, the album sank without trace but, to these ears, is an absolute classic.  Breathy songs of love, infatuation and oppression, the album had an intelligence that, aligned with its pop sensibilities, could have made  her huge.  But for whatever reason, it didn't happen. 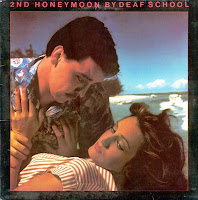 A Liverpool band, dabbling in any number of musical forms and a huge influence on many of the bands that came out of Liverpool in the post-punk era.  Ironically, despite their huge local influence, it was probably the rise of punk that ultimately did for the band.  Some band members went on to bigger and better things - Clive ("Cliff") Langer as a major producer, Bette Bright as a solo artist before she married Suggs from Madness - others continued to operate on the fringes of fame.  They released three albums in the mid '70s (2nd Honeymoon was their first), to mass market indifference - but to Merseysiders of a certain age, they were, for a time, our secret band.  And we loved them.

The Farmers' Boys - Get Out and Walk 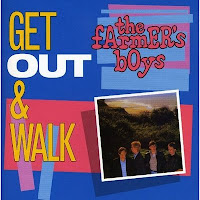 Baz, Mark, Frog and Stan were Norwich's answer to Hull's Housemartins, before the question had been asked.  Unashamedly catchy, impudently covering Cliff Richard songs (In the Country, from their follow-up album With These Hands) and signally failing to impress anyone outside of a hugely passionate but relatively small local following.  Oh, and I've just found out - Get Out and Walk is available on CD! And it's in stock on Amazon!  Hurrah!

Martin Stephenson and the Daintees - Boat to Bolivia 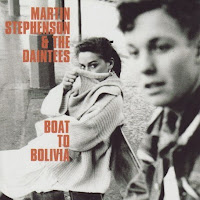 The Daintees were on the Kitchenware label, along with Prefab Sprout, and the two bands shared a propensity for catchy tunes, delicate arrangements and intelligent lyrics.  Unfortunately whilst Paddy McAloon went on to great critical (and some commercial) success, Martin Stephenson remained very much a cult artist, ploughing a lone, idiosyncratic furrow in a countryish/folksy idiom.  Boat to Bolivia was their first album and contains some majestic songs, not least Crocodile Cryer, written in the aftermath of his grandmother's funeral. 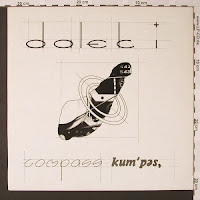 Back in the day, one of the most graffiti'd bands around Birkenhead were the mysterious Radio Blank.  Their name was painted on loads of public spaces, most notably motorway flyovers.  Who were this mysterious band?  What did they sound like?  Had anyone ever seen them play?  Not me, certainly.  But then Radio Blank disbanded, and out of the remains came the Dalek I Love You group, or Dalek I for short.  Compass Kump'pas shared many similarities with other groups coming out of Birkenhead/Liverpool at the time, most notably early OMD - heavy on the drum machines and synths, cover of a famous oldie (in this case, The Kinks' You Really Got Me).  However unlike the other Eric's-founded bands, Dalek I faded away, with the original members drifting off into other Liverpool bands, including Big In Japan and the Teardrop Explodes.  However Compass Kum'pas remains as a very impressive legacy. 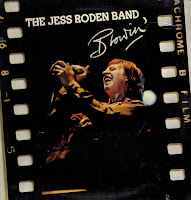 Jess Roden was one of a number of great British blues singers who was active in the late '60s and through the '70s.  However unlike some of his contemporaries - Paul Rogers, Robert Palmer for instance - who went on to great fame, Jess Roden remained a bit of a cult.  That's cult.  Blowin' is a live album that showcases just what a great singer Roden was at his peak, playing bluesy R&B with a soulful tinge.  On my vinyl version of the album, Roden performs a version of Desperado that blows the original miles out of the water.  Sadly this track does not appear on subsequent versions of the album, although it is replaced by another cover, of the Temptations' I Can't Get Next To You that also swings like a bastard.  Jess Roden - one of the great lost British vocalists. 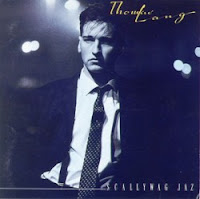 Another Liverpool crooner, Thomas Lang (born Jones - no wonder he changed his name) released a couple of albums in the early 80s showcasing his great voice.  Verging on easy listening, he perfected a style of light jazz (hence jaz) that was picked up by the likes of Black (of Wonderful Life and Sweetest Smile fame) and, on the face of it, was perfect for a world happy to have the likes of Sade and Harry Connick on their coffee tables.  Sadly, it was not to be for Thomas.  If he was around today, he'd be a shoo-in for the X-Factor as well. 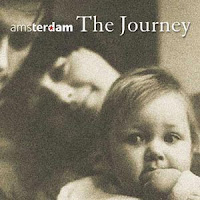 Come on, you knew this was coming, didn't you?  Treasure buried so deep only a few select people are aware of the band's existence.  Yet if the world only knew...  The Journey was the band's first 'official' release, gathering the strongest tracks from a series of internet-only albums.  The quality of the album is  sublime, the range of styles broad, the emotion and passion tangible in every note.  If anything, follow-up album Arm in Arm is the better album, but as a debut, an initial statement of intent, The Journey is untouchable.  It deserves to be spoken of in the same breath as The Clash's debut, it is that good.

Oh, there's so many more I could have written about, but this is a decent starter for ten.  Treasure, buried in the depths of my record collection.  What's buried in yours?
Posted by Paul Waring at 3:26 pm

Paul, I thought we followed each other on Twitter - but, it appears that might not be the case. Anyway, I follow both you and someone you admire. So, in case you haven't got it, here's her web-site -revarbhttp://www.cathcarroll.com/

So did I - I'll have to check! In the meantime, thanks for the Cath Carroll link - be good to find out what she's up to now!