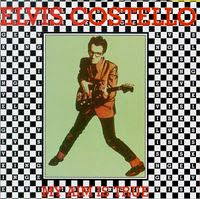 So next week the 'Deluxe Edition' of Elvis's first album will be in the shops. Me, I've got the original vinyl album from 1977, the extended CD re-release on Demon from 1993 and the two-disc Edsel re-re-release from 2001.

So no real need for me to own a fourth version of the album, you might think? Well, no, I'll be there in the newly re-opened Fopp (hurrah!) in Manchester when it comes out, and no doubt I'll pick up the Deluxe Too-Rye-Aye as well, plus anything else that catches my eye in the five quid section. Which is all as it should be.

But I'll still feel more than slightly ripped-off by the whole thing.
Posted by Paul Waring at 12:13 pm