As we get into the top ten, soul music (and primarily Southern soul) is making up more and more of my favourites. After explaining why there is so much home-grown stuff amongst my favourites in the last post, why then does all this music recorded by black people thousands of miles away from Liverpool mean so much to me? Quite simply, this is music that transcends all barriers - racial, cultural, geographical - by talking directly to us through our emotions. They called it 'soul' music for a reason. And few people do soul better than Otis. Starting slowly, but building to a powerful crescendo, this is Southern soul in a nutshell.

I recall seeing a rather strange play on TV back in the '80s. Called 'Road', it was set in some sort of dystopian 'alternative' present day, in a deserted council estate left unpopulated and decaying.  The one thing I remember about the play was one particular, striking scene, where the cast members congregated in one of the deserted houses. One of the cast (dressed, along with his colleagues, in Reservoir Dogs-esque black suits, white shirts and black ties) produces a ghetto blaster that he places on a nearby table. The cast stand around in a circle, heads bowed, as 'Try a Little Tenderness' plays on the ghetto blaster. The cast then are, individually and collectively, transported to ecstasy by the song.  Even in that environment, about as far away from Tennessee as you can get, the song worked perfectly. 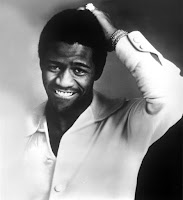 Another of Southern soul's giants, this captures Al entering his religious phase.  The song is addressed to his girl - Belle - who is being gently let down as Al devotes his life to his God ("It's you I want, but it's Him that I need").  Belle is, of course, a metaphor for the wider secular pleasures that Al was turning his back on - not with regret, but with joy and anticipation.  As the song fades, Al can no longer find the words to express his feelings, using instead a series of screams and yelps to declare his love for his God.  The tune and the arrangement are, of course, smooth as silk and Al sings as if nothing ever meant as much to him as this.  In truth, nothing probably ever did. 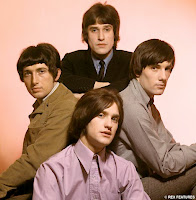 First - a confession.  I don't really like The Kinks very much.  I always found them a bit too fey, too frilly-shirted and rooted too deeply in a type of Englishness that I don't really recognise and have trouble empathising with.  All that notwithstanding, Waterloo Sunset is one of the greatest songs ever written by an Englishman.  I love the melody, the sentiment and the imagery as Terry meets Julie one evening just south of the river, happy and in love despite the 'millions of people swarming like flies' around them.  Even the detached air of the song's narrator, looking out at all this from his window gives a cinematic feel to the song that works perfectly.

Why are you so edgy, kid?

Ok, time to get a little bit darker, after all this tenderness and love.  This was Magazine's opening blast, based upon a Pete Shelley guitar riff, that started to nudge punk into other, more complex areas.  It did that without losing the edgy, exhilarating rush of punk - but it added depth to the mix - lyrically, musically and atmospherically.  Magazine continued to add texture and atmosphere to their material over the course of four superb albums, and introduced the great, sadly lamented, John McGeoch to the world.  However this initial statement of intent encapsulated all that was great about this band in four minutes flat.  And oh, it was so good to see them back on stage last year. 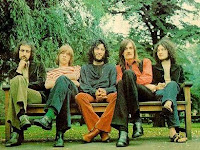 That's Peter Green's Fleetwood Mac, the early blues-based version of the band, not the AOR cocaine-fuelled behemoth of the '70s.  Based in the blues, but ultimately transcending the form with material like Albatross, The Green Manalishi and Black Magic Woman - and especially with this lament, a truly beautiful song.  Written by a man who - in theory - had everything; good looks, wealth, a sublime musical talent - but who was deeply troubled.  ("I guess I've got everything I need - I wouldn't ask for more.  And there's no-one I'd rather be...but I just wish that I'd never been born").

Ultimately of course, Peter Green did turn his back on everything, surrendering to his demons.  Happily he is now back, still fragile but making music again.  I hope he's now at peace with his demons.