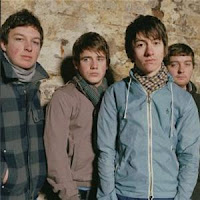 I know they've hardly been around forever, but songwriting this good will stand the test of time.  I love this track, mainly for the lyrics, which capture perfectly the life of young men in "knackered Converse with tracky bottoms tucked in socks", who think it's alright to act like a dickhead - after a couple of cans.  Feeling like I'm almost sixteen again. 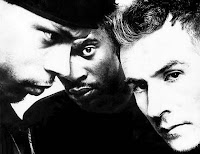 Famous for its single-shot video, but the song stands alone perfectly without the visuals.  Beautiful vocal, subtle, trippy backing with sensitive sampling.  Hearing this in a muddy field in Somerset made the hairs on my neck, quite literally, stand on end.

Choosing the song as much as the singer here - I could easily have picked Candi Staton's version as this.  It does, however, prove that Lennon was wrong when he said Elvis died when he joined the army.  Produced by Chips Moman in Memphis in 1969, Elvis was coerced - bullied, even - into recording some of his strongest material.  This downbeat tale of ghetto life was the best of the bunch.

I have to be quite specific here - only the long version of this song will do - the version used in the video produced by Jonathan Demme, not the shortened album version.  This is a song that needs to stretch out, rather like the Stone Roses' extended version of Fool's Gold.  This version really comes to life when Bernard stops singing, and Stephen and Hooky start hitting the syndrums, with the whole thing culminating in Hooky's journey from top to bottom of the bass fret.  New Order were good, but they were never better than they were here.

Again I need to be specific - it has to be the live version, recorded at London's Lyceum in 1975.  Just a beautiful slice of Lover's Rock, a gentle reggae lilt with lyrics reminiscing about early Trenchtown days.  Credited to a friend of Marley's (Vincent Ford) who ran a soup kitchen in Trenchtown but surely written by Marley.  Kept his mate in soup in perpetuity, no doubt...