What *were* you thinking?


This is Simon's latest challenge to me - the "top ten albums that you can't believe you bought, and just have you thinking 'why?' even now".  The example he gave me from his own collection was Mick Jagger's solo album 'She's The Boss', and I can quite understand why.

Now this has proven to be a tricky one.  Firstly, I'm not in the habit of buying albums I'm not likely to enjoy.  And secondly, I'm pretty accommodating - I'll generally find something to enjoy in most types of music.

That said, there have been one or two things that have slipped through the net... 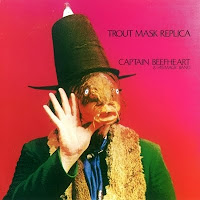 There are people who will tell you that this is a classic album - one of the best ever released.  Do not listen to these people.  This is, in fact, a sprawling mess of discordant, arrhythmic nonsense that should be shunned  by any right thinking individual.  This is The Emperor's New Clothes in album form.  Do not be swayed by the opinion of critics who mistake drug-addled ramblings and noodlings for mystical insight.  Captain Beefheart is undoubtedly an artist - but with a paintbrush, not a recording studio. 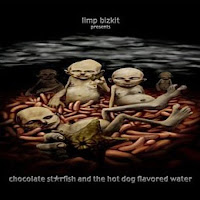 This is a horrible album.  A really, really, horrible album.  For a time, this collision of rock and rap looked like it was the coming thing, lots of bands short on trouser and long on tattoo infecting the airwaves.  This lot, led by the risible Fred Durst (backwards baseball cap hiding a major follicular problem) were probably the most hyped and bought - this album sold shedloads.  Unfortunately it has no redeeming features whatsoever - awash with whiny self-pity and lumpen beats.  (At this point I should also admit to some Linkin Park and Papa Roach lurking hidden in the depths of my record collection.  Awful, but positively wonderful when compared to the Bizkit). 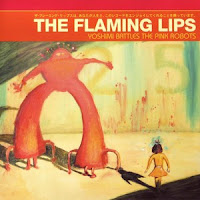 I really, really want to like the Flaming Lips - I really do.  I love the idea of the band - the intelligence, the humour, the willingness to try different things...but I just can't get past the awfulness of Wayne Coyne's voice.  The problem here is I knew all this before I bought this album - I'd already bought (and hated) The Soft Bulletin.  I was swayed by a whole batch of gushing reviews for Yoshimi and my - need, almost - to get into the group.  I know lots of people love the album with a passion.  But you know what?  It's all very...meh, really.  And for all the hype and supposed intelligence, "Do You Realize?" must have the tritest lyric since Imagine.  "Do you realise - that everyone you know someday will die?"   Errr...actually yes, Wayne - I'd kind of figured that out a while ago.  "You realise the sun don't go down - it's just an illusion caused by the world spinning round."  Oh please.

Firstly, a few facts.  I am fifty years old.  I have never taken Ecstacy.  I have never been to, or wanted to go to, a rave.  I shun the Dance Village at Glastonbury.  So what on earth possessed me to buy this double album of Balearic Beats?  Well I suppose a degree of curiosity...which was soon sated.  About two tracks in. I didn't stop there though.  I also have a Pete Tong triple (triple!) CD of dance traxx(!) and yet another Ibiza double collection.  What on earth possessed me?

Now to be fair, I bought this knowing full well what I was getting into.  It was a fiver in Fopp and curiosity got the better of me.  This is Lou's contractual obligation album - originally four sides of atonal feedback, each side around fifteen minutes long.  As you would expect, it is totally unlistenable.  Unfortunately, my copy of iTunes seems to like it, and throws it up on shuffle suspiciously often.  Bizarrely, Lou is actually touring Metal Machine Music this year.  My advice is stay away - or invest in earplugs. 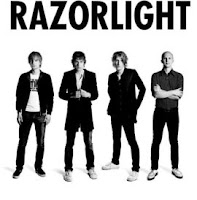 Now this one is completely unforgiveable, I know.  You should be aware that this is Razorlight's second album.  I'd already bought their first, when it looked like they might be quite an interesting band.  And that first album is ok, but not great by any stretch of the imagination.  Now if self-pity is an unattractive trait in a band, self-love is even worse, and in between the first and second album, head Razorlight, Johnny Borrell, seemed to start believing he was the Messiah.  Well he's not the Messiah, he's just a very annoying boy, rivalling the sainted Bono for twattishness - and this comes through in every groove (pit?) of this album.  A truly horrible listening experience.  So why did I buy it?  Who knows.  Bloody sure I don't. 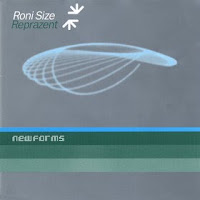 In my defence, this won the Mercury Prize in 1997.  The critics loved it.  "...as essential as your bread, milk and tv remote control" said Blues and Soul magazine.  "...a rhythmically ingenious and spectacularly well-crafted record" said The Times(!).  "...you won't have heard anything quite like it before" said Musik.  And do you know what, one of those three quotes was right on the nail.  And not in a good way.  I'll leave you to work out which one.  This 'New Form' of music is Drum & Bass, extremely fast beats with a preponderance of, you guessed it, drums and bass guitar/synth in the mix.  And do you know what?  It is completely unlistenable. 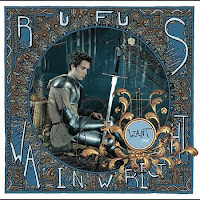 I bought both these albums (Want One and Want Two, released as separate albums but intended as a pair) on the same day.  I really don't know why, I suppose Rufus was getting a lot of press at the time and I wanted to see what all the fuss was about.  So really, I should have known what to expect.  Now I appreciate that Rufus is a talented guy, and that there is a certain 'flamboyance' about his work - but really, this is all way, way too much for me.  Some may enjoy Rufus's somewhat 'operatic' approach to singing, but it makes my ears hurt.  Badly.

Uriah Heep - You Can't Keep a Good Band Down 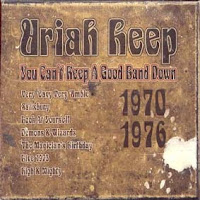 Nowt wrong with a bit of Heep, I hear you say, and you'd be right.  When I was in my early teens, I loved the Heep as much as I did the Purps, the Sabs and any number of other early 'metal' bands.  But then I grew up.  Over the years, I had sold all my early metal vinyl, but was browsing in Fopp (again) one day, and they had this box set of seven (count 'em!) Heep albums for, I think, three quid.  So I thought I'd re-live my lost youth a tad.  And isn't it funny how - sometimes - things aren't quite the way we remember them?  Now of course the odd track still gives me a Proustian rush...but seven albums' worth?

Belle & Sebastian - The Boy With The Arab Strap 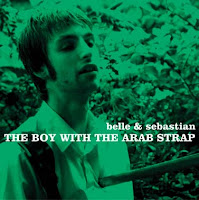 Headlining Latitude this year (somehow!) and therefore quite topical at the moment.  Now I'm as fond of a bit of fey Northern/Scottish indie as the next man, and I love the likes of Orange Juice, Aztec Camera, Prefab Sprout - even pre-electro Everything but the Girl - but even I have to draw the line at Belle & Sebastian.  I have tried - really tried - to get into this album, but whenever I play it, I get to the end of the album with the realisation - again - that not a single note of the album has managed to imprint itself on my brain.  I've owned this album for the best part of ten years, I think, and even now I couldn't name a single track or hum a single tune.  I know people love them to death, but they are as insubstantial as a fine mist.
Posted by Paul Waring at 12:43 pm

Excellent list Paul. You have well met the challenge and I will respond with my list at the weekend. Unfortunately mine includes some real crimes against music which I am totally ashamed about....

Can't believe you have included the mighty Heep though!!! Well actually I can for 7 albums worth!

You're not wrong about Captain Beefheart. I bought it on the strength of it turning up in every 100 Greatest Albums list and it really is garbage of the highest order.

If Trout Mask Replica did not exist, someone would have to invent it. It is a landmark, a benchmark, a stake in the ground. The perimeter fence. It is inimitable and remarkable. It does not have to be easily listenable, it is beyond that. When easily listenable music has reduced your ears to a pulpy mess, and unoriginal mediocrity has wearied you to the point of madness, you can always call upon the Captain's team to tweak your lugs in unexpected directions. Somehow it stands alone and just is itself. I don't know what it is, but that doesn't matter. It's out there, man. I love it.

interesting list ... I have to admit there are nine albums there that I haven't even heard of let alone heard! Enjoy the darn things; you got them now ... what are you going to do: give them to a church sale where they will end up being thrown in the bin at the end of the day. No, keep them safe. Cheers.

Over to you now!

Also got a non-music related challenge waiting once you have completed this one!