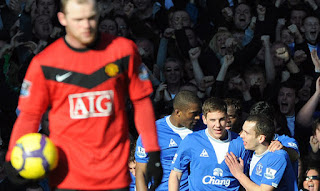 Well, I've given it a couple of days, but I think I'm still in shock over the weekend's football.  It's not just the fact that we won, it's the way in which we won - with style and passion, playing the better football and even coming from a goal down.  Three great goals from open play as well.  Oh, and coming off the back of a similar win against Chelsea.  So in the space of around ten days, we've beaten (well) two of the best teams in Europe, and certainly the best two teams in the country.

Typically, after some pretty genuine compliments from United fans, all the comments are about Rodwell's impending move to ManYoo and how Moyes is being lined up as Fergie's successor.  Won't happen guys.  If we can keep this squad together - and keep the majority of them fit and playing(!) - then we'll be challenging next season.

As we would have been this year, had we not had such a horrendous start.

The Waring culinary spectrum continues to broaden - stew and dumplings after the match, with homemade dumplings (equal amounts of suet and self-raising flour, with a dash of horseradish and sufficient water to bind).  The beef stew had a beef and ale base, using a few bottles of Poacher's ale (most of which went to lubricating the chef's throat, I have to admit).  Absolutely delicious, and sufficient left over for tonight's tea as well.

Take a look at these puppies! 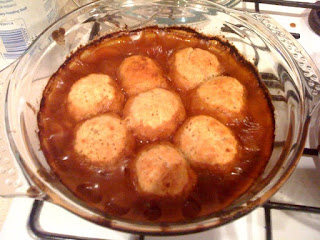 Homemade pizza again last night, although this time I added some semolina to the bases, Dominos-fashion, which added a pleasing degree of texture to the bases.

Costello and Toussaint on the soundtrack today - an audio rip of a DVD of the two in concert, produced on the back of their 'River in Reverse' collaboration of a few years back.  Elvis has always chosen his collaborators well - Burt Bacharach, Bill Frisell, Anne Sofie Von Otter - and his collaboration with Allen Toussaint, one of the great New Orleans jazzmen - is up there as well, with added poignancy coming from the Katrina disaster that happened around the same time and which is referenced in their work.

Here they are on Jools a few years ago - "Who's Gonna Help Brother Get Further".  Who indeed?