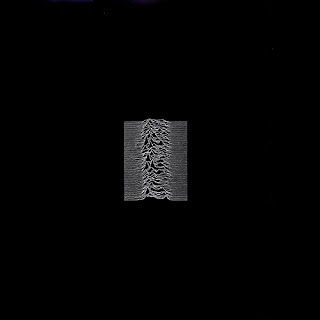 Did I say that Horses was arguably the best debut album ever?  There are many would argue that Unknown Pleasures runs it close.  And they'd be right.

Strangely, there are at least two people who would take issue with that assertion - Peter Hook and Bernard Sumner, who both came away hugely dissatisfied with the finished product, feeling that producer Martin Hannett had delivered an album that did not reflect Joy Division's live sound accurately enough.  And in that sense, they are right too, for this is as much Martin Hannett's album as it is Joy Division's.

And in truth, it is the production that lifts this album from being merely great to being an absolute classic.  Production that is (Pseud's Corner alert) both of its time and absolutely timeless - that reflects brilliantly the sound and feel of Manchester in the late 1970s, yet has not dated in the same way that much other production work of the time has.

But that is not to say that the production is all - the quality of the songwriting, and the way in which the musician's obvious limitations are used to the advantage of the overall sound, and above all, Ian Curtis's voice - both stentorian and vulnerable at the same time - mean that the source material is immensely powerful in its own right.

And it's not just the music - the overall product - that striking cover adds to the atmosphere of the package enormously.  And how many labels would allow a band's debut album to go out with no mention of the band's name (or, indeed, the album title) to appear on the cover?

But ultimately it is the music that makes this album a classic.  Even without the benefit of hindsight, there is an air of paranoia, of unease, about the album.  And yet it is not a depressing album.  If anything, it's an uplifting album - at the risk of coming over all emo, there is an air of understanding about Curtis's lyrics and singing - "I know things seem bad, but they can, and will, get better".

Unfortunately for Ian Curtis, it didn't get better.  The guide he was waiting for never did come and take him by the hand.

Paul - where has the original blog setting out the challenge and your top 10 gone??? It seems to have disappeared along with my top 10!!!

I've got it open for editing - that probably keeps it off the blog for a time. It will be back (along with the final review) shortly!!

Another new challenge for you if you are man enough to accept ... top 10 songs! Same criteria as before not what you think should be the greatest songs but the ones that mean the most to you personally.

Go on you know you want to!