First week back at work passed pretty uneventfully, it didn't take long to catch up on emails and paperwork.  No major issues in my absence, either.  I always have this nagging uncertainty after a fortnight off - does the fact that I wasn't missed reflect on the quality of my team (and my management/delegation skills) or the fact that I am not at all indispensable?

It's the former, obviously.

So, John won the bake-off, then.  We felt it was a tad controversial, that Brendan (a Buddhist!  Who would have guessed?) had probably done enough - but that John was made of stern stuff.  I did get the impression his mum would have rather he'd lost and put this silly baking lark behind him, whilst going on to be a hot-shot lawyer...but I think we all know where John's future really lies, don't we? 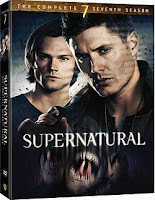 Box-set shuffle this week as we finished the second series of Justified (excellent show) and started the latest series of Supernatural.  I love Supernatural.  It is just so marvellously silly, but is also remarkably subversive in its approach to 'religion'.  How does the Bible Belt in the US get its head around a popular TV series that has God depicted as a slightly puzzled looking middle aged man in a Columbo raincoat?  Anyway, Castiel is not God anymore, and he's unwittingly released a raft of new baddies on the world before disappearing...although a pond to a penny he's back soon, hopefully as a nice angel again.  We like Castiel.

Under instructions from Mrs W to make bread and butter pudding this week.  Not sure why, I've never made her bread and butter pudding - ever.  Still, I do what I'm told, and produced something - quite delicious, actually.  Loosely followed a 'Good Food' recipe, and although I'm not sure wholemeal bread is 'traditional' in these matters, it did add a touch of nuttiness to the taste that was very acceptable.  So, basically - lots of triangles of bread and butter, crusts off, in a baking dish.  Layers interspersed with cinnamon and mixed fruit that I'd soaked in warm water for a while.  Custard made with a couple of eggs, sugar, milk and double cream.  Poured over  with a hint of nutmeg and soaked for half an hour or so, then 40 minutes in a hot oven.  Served with the rest of the double cream.

And some left for tonight!  Nom nom!

Just watched Plucky Everton sneak a draw against the mighty QPR at Loftus Road.  We never really got into gear against a QPR team that have struggled to be more than the sum of their parts this season, although typically we met them just as they began to start playing as a team rather than a collection of strangers.  Without Fellaini and Gibson, we are very weak in central midfield - and it showed today.  We also struggled down the right with Seamus and Victor not really (at all) gelling.  Throw in a sending off on the hour and it was backs to the wall.  Thankfully Jagielka had a marvellous game at centre back to keep us in the game and, although we never looked like sneaking it, a draw was not an unfair result overall I felt. 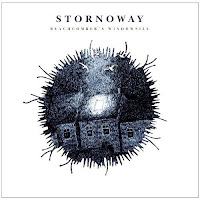 Stornoway on the soundtrack today - a nice little band in the Guillemots/ BSP/ James mode.

Beachcomber's Windowsill is their debut album and whilst they are never likely to hit the Mumfordesque big time, they are just the sort of band who you'll chance across on one of the minor stages at a festival and who will entertain you most satisfactorily for an hour or so.  That's not to patronise them - I just think they fit a particular niche and fit it very well.

Anyway, this is 'Zorbing' - lead-off single from the album.