"You're going on after Crispy Ambulance!"

Right, that's got that out of the way.  Ok Simon?  But what the hell else am I going to talk about?

Well I've also taken the opportunity this week to catch up on some reading, making at least a token attempt to get the pile of unread books down to a manageable level.  Only eight to go now...but then there's the hundred or so queued up on the Kindle!

I'm being a bit OCD about this.  Over the course of the last year or so, I've downloaded books here and there from Amazon as things have caught my eye - generally cheap stuff from their daily deals or one of their regular sales.  But there's something in my psyche that won't let me actually read these books until all the 'real' books have been read.  I've got close a couple of times - but then I might wander into Fopp, or pick up a few books at mingles (thanks Terry!) and the finishing line recedes into the distance again.

I have no idea at all why I'm doing things this way - but it just seems like the right thing to do. 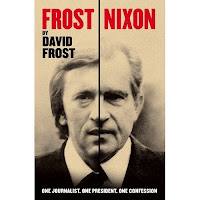 Anyway, I'm currently reading 'Frost/Nixon', the story of the famous 1977 interviews when Tricky Dicky perhaps maybe sort of admitted that he might have got things just a teensy bit wrong about Watergate.  The book is written by Nixon's interrogator, David Frost, some years after the event.  It will, I'm sure, come as no surprise to you that Mr Frost is quite proud of his role in all this, and does not hesitate to tell the reader just how instrumental he was in getting Nixon to apologise to the world for messing up so badly.  The book itself is a bit disjointed - it feels like a long magazine article fleshed out to book size, and essentially splits into three parts: the factual bit, giving the reader a day by day account of the research/interview/debrief process; some analysis of Nixon's historical legacy (which is actually quite fair in giving due credit for his role in international relationships with Russia and China, and in establishing civil rights in the Southern States); and then the transcripts of the interviews themselves.  By the close, it does begin to feel like you've read everything at least twice in different formats.

That said, it's an interesting read if you like that sort of thing and it has a particular resonance for me as I was actually in the States (albeit as a young boy) when the Watergate story initially broke, and the whole thing quite shook, at an early age, my faith in politicians.  Although "When the President does it, that means it is not illegal", according to Dicky.

Phrases you never expect to hear yourself saying (No 1 in a series):  "I think I'll put on some Crispy Ambulance today".  Not the easiest of listens, the Ambulance (the Crispies?) were one of a number of miserabilist bands that signed for Factory in the immediate post-punk period.  However they are probably most famous for being namechecked by Half Man Half Biscuit in 'Running Order Squabble Fest".  Which is not a bad sort of fame to have, to be honest. 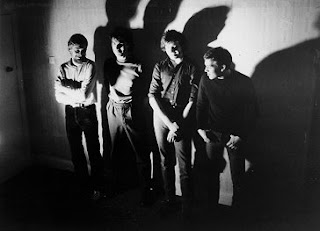 It would be cruel to describe Crispy Ambulance as 'the Aldi Joy Division' so I won't.  And the boys seem like nice enough chaps, interviewed about the whole Factory scene of the time in the documentary 'Shadowplayers' which I would recommend to anyone interested.

Frozen Blood collects together a couple of early singles, some BBC sessions for John Peel (who else?) and Mark Radcliffe, along with some live tracks.  Here's 'Drug User, Drug Pusher' from 1981.  All music was like this in 1981, kids!