Day 85: Over the Pennines

You know what I was saying yesterday about hidden bargains lurking amongst the box sets? Well that's what iTunes has thrown up today. In its 'physical' format, the Motown Singles volumes are individual box sets containing 5 or 6 CDs, including all the Motown singles and b-sides released in a particular year. Cost? Around fifty quid each. Paul found them on the 7Digital site, each listed as a single album (albeit a single album with 166 tracks on it). Download cost? £7.99 each. 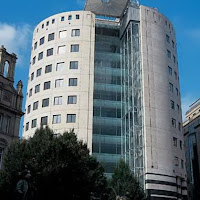 Anyway, more on Motown later - actually got off my backside and out into the real world today. Over to Leeds for a chat with on of the bigger professional firms about my situation. I wasn't expecting a great deal from the meeting as they'd made it clear that - at the moment - they have no vacancies, but at least by getting over there, I get myself at the front of their minds if/when circumstances change, or if they become aware of any suitable vacancies at any of their clients. I think the meeting went well - I have known the guy I met with for a good number of years now, it was good to touch base and I genuinely think he would seek to help me out if the opportunity arose. Naturally he tried to do a bit of 'intelligence gathering' about my previous employer, but I think I was suitably circumspect!

So after a good hour in their offices, I headed back home to feed a no doubt ravenous pussy cat and to tinker with my new 'festival phone', which had been delivered just as I was leaving the house. The phone is real 'old school' - no camera, no Internet, no Bluetooth - just calls and texts really on offer, and a phenomenal amount of battery life. Just what I need to see me through a week in a muddy field. 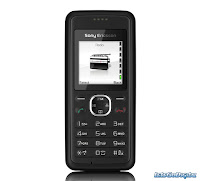 So you'd think there wasn't a right lot to set up, wouldn't you? Well you'd be wrong. It's a Pay As You Go phone, that came with a credit card top-up card that I need to register with the phone. Which I did - however I have no idea how to get the credit off the card and onto the phone. I tried to register the phone with Orange, but they wanted a four digit 'registration code'. Could I find any such code in the stuff they sent to me? Could I buggery. I did, in fact, find two potential codes in the packaging, both of which were incorrect - and of course my (failed) experiments on the website with these codes managed to lock me out of the registration process. So onto the customer service line to sort things out. Eventually fought my way through layers of pre-set options and persuaded the thing to ring through to a real person located somewhere east of Delhi, who was very nice and helpful, sorting out a couple of options for me and re-setting the necessary code to a four digit sequence I could a) remember and b) use to get the phone registered. Except I can't do that now for 48 hours, which is the time the website needs to re-set itself.

Festival preparations continue, with the excellent news that Thom Yorke is playing a solo set at Latitude this year, in the Sunday lunchtime slot filled by Joanna Newsom last year. A real coup for the festival and a set I'm really looking forward to.

So back to Motown. The Complete Motown Singles boxes now run to, I think, twelve volumes, over 60 individual CDs, covering 1959 to 1972, and they include everything. As implied, I guess, by the word 'Complete'. Now you might expect there to be a fair amount of dross amidst the gems, but really, there isn't - and in fact one of the nice things about the sets is the discovery of loads of unheard/underappreciated tracks among the well-known favourites that have been anthologised to death previously. 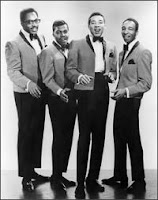 So alongside the Supremes, the Vandellas, Marvin Gaye etc, you also get Earl Van Dyke, Dee Mullins and Howard Crockett, amongst others. Makes for fascinating listening and more variation than you would expect - there is even some country music lurking between the smooth soul.

But if it's Motown and it's 1965, then it has to be Smokey, and The Tracks of my Tears. One of the best from one of the best. Nice steps, Miracles!