Day 96: We Built this Village on a Trad. Arr. Tune

Maybe the first signs of some light at the end of the tunnel?

Had a meeting today at a firm of accountants about the possibility of a position in the future. Not an interview, we're not in that position yet - just some exploratory discussions over a plate of sandwiches and a coffee.

But quite productive discussions all the same. I had previously met the guy I was meeting, in 'interesting' circumstances that I can't go into here, so there was no need for too much introductory chit-chat. Anyway, the long and short of it is that there is a possibility that a suitable position may open up - probably post-September, and there may also be the possibility of some contract/secondment work in the intervening period. This, coupled with the potential contract I mentioned on Day 94, might be enough to keep the wolf from the door until a permanent position comes up.

Or it might be another false dawn. Who knows, but for the first time I'm beginning to see the light at the end of the tunnel.

Or maybe as Wirral funsters Half Man Half Biscuit would readily point out - The Light At The End Of The Tunnel (Is The Light Of An Oncoming Train)...

And for those who missed the reference - today's blog title also comes courtesy of HMHB in honour of the Fairport Convention soundtrack. But you knew that, didn't you? Oh.

In the excitement of yesterday's concert report, I forgot to tell you about my latest culinary exploits! Yes, folks, it's recipe time!

I'm told it was delicious - I wouldn't know because I never got to taste the thing. But Mrs W and Son No 1 both gave it the thumbs up.

What was it then? Well I'm sure it's got a proper name, but in Waring Towers it goes by the name of 'Guinness Casserole'. That's all you need to know really, isn't it?

Anyway, in your big casserole pan, brown some stewing steak in some oil, until cooked through. Dry the meat as much as you can, so it fries rather than boils. Remove the meat from the pan with a slotted spoon, then fry some chopped onions until translucent in the oil and meat juices. Add chopped carrot, celery and mushrooms and cook through. Finally stick some chopped garlic in. Add Oxo if you want.

Return the meat to the pan and (this is the good bit) cover the meat and veg with Guinness. Original, in cans or bottles - not the fizzy faux-draught stuff. Drink all the Guinness that is left over. I find it best to buy too much Guinness in preparation for this bit.

Season with some salt and pepper, then leave to simmer for hours, until the meat is tender and the sauce has reduced to an acceptable thickness (thicken with cornflour if you need to). Serve on rice or with baked potatoes. 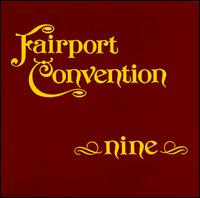 Bit of hey-nonny-no on the soundtrack today. I have quite a low tolerance for folk/folk-rock, but the Fairports are ok in relatively small doses. 'Nine' is, quite literally, their ninth studio album (see what they did there?) and is not their best - both Sandy Denny and Richard Thompson had moved on by this stage. Whilst the 'Trad. Arr' stuff is fine, some of the original material plods a bit. You'd be far better off with 'Unhalfbricking' or 'Liege and Lief' if you want to investigate the Fairports.

Anyway, here's 'Polly on the Shore' from Nine - Trevor Lucas on vocals: