Self-selected soundtrack today, using Spotify. Son No 1 is on the main computer which has all the music stored on it, so I'm typing this on the netbook and setting my own soundtrack. Need to do a bit of research anyway, as we are seeing Doves at the weekend and I need to familiarise myself a bit more with their oeuvre!
Son No 1 is busy researching for his upcoming interview tomorrow - he finally managed to make contact with the relevant company and get details of time and place, so he's all set. I'll take him into Manchester and meet up with old colleagues while he's being grilled. It'll be an interesting experience for him, whether successful or not. It scares me to see my kids making their first tentative steps into the 'real' world - there's a temptation to do too much to prepare or advise them, but to be balanced with a need for them to be making their own way in the world, standing on their own two feet.

Out early this morning, to get the weekly shop in. With Son No 1 up, we need to do a bit more menu planning to feed the extra body, and we'd decided on a chunky turkey curry tonight - memories of a turkey curry from the dim and distant past for me to try and replicate!
I do cheat a bit with my curries - not wanting to go to the trouble of grinding and mixing my own spices, I do revert to Patak's curry pastes, which always seem to hit the mark. So Turkey Tikka Masala tonight, accompanied by a Vegetable Balti and a range of breads and rice.


With the son and heir up to stay, my life would not be worth living if I did not take him down to see the grandparents, so off we headed to deepest Birkenhead for a spot of lunch and chat. She puts on a decent spread, my old mum, and I feared for my appetite later in the day, especially after slaving over a hot stove and juggling copious numbers of pots and pans!

Having done our filial duty, we then headed off to the local farm shop to pick up some 'Cheshire Farm' ice creams, the 'Coffee Mocha' flavour being a particular favourite of Son No 1. We also picked up some 'Malt Tease' and 'Honeycomb' Ice creams as well....guess which particular sweets are incorporated into these particular tubs? The Cheshire Farm range are well worth seeking out, and as a 'home grown' alternative to Ben & Jerry's and Haagen Daas, are just the ticket. Not cheap though!

Back home to slave over pots and pans and, despite a concern that the potatoes in the veggy curry would not cook through quickly enough, everything came together quite nicely in the end. 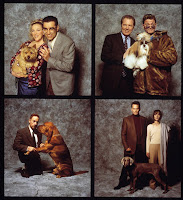 We watched 'Best in Show' while chowing down on the curry, another of the Christopher Guest semi-improvised films (I blogged about 'Waiting for Guffman' recently, another from the same stable). Best in Show does stand repeated viewings though. Bit of a cliche, but the stars of the show are undoubtedly the dogs themselves!

So Doves. Over the last couple of years they have slipped into the shadow of local rivals and mates Elbow, and there are a lot of similarities between the sound and profile of the two bands. This year however, following the release of 'Kingdom of Rust' and a high profile on the festival circuit, it might just be Doves' year. 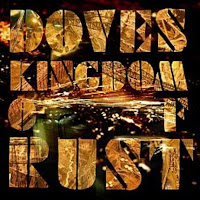 Kingdom of Rust is a fine album, indeed all their albums are worth a listen, and the have slightly more of a dance sensitivity than do Elbow, which I'm sure will go down well with the big outdoor crowds. as I said, seeing them in Delamere Forest at the weekend and also at Latitude later in the summer. They are headlining the John Peel tent at Glastonbury as well, but given I'll be seeing them elsewhere, Neil Young will get the nod this time.

There's an interesting clip of Doves performing Kingdom of Rust here, along with many other tasty (and not so tasty) bands. The conceit of this little website is that all the bands are filmed performing in the back of a standard black cab, driving round the streets of (I assume) London. Yes really. Well worth a look, the Doves clip in particular is very good.

And here they are on Jools Holland, performing the same song...

I found this site using [url=http://google.com]google.com[/url] And i want to thank you for your work. You have done really very good site. Great work, great site! Thank you!