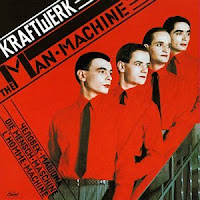 Titling today's blog 'The Men Machines' and then having John Fogerty's Blue Ridge Rangers on the soundtrack is a touch incongruous, to say the least. The title refers to Kraftwerk, of course, and it is difficult to think of a greater contrast between their electronic music and the good ol' country pickin' that appears on the Blue Ridge Rangers album.

Still, we are nothing if not catholic (with a small 'c') in our music tastes, so there is definitely room for both in my music collection. 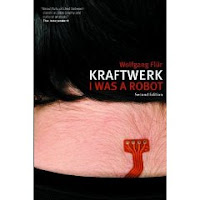 I mention Kraftwerk for two reasons; firstly, I've been reading the autobiography of Wolfgang Flur (there should be an umlaut in there but not sure how to do that...) called 'I was a Robot' about his time in the group and, latterly, his legal battles with the two main Kraftwerkers, Ralf Hutter and Florian Schneider, to get the first print of the autobiography published in the first place.

Essentially there was a clear divide in the group between Hutter and Schneider, and Flur and Karl Bartos, the other key band member. To all intents and purposes, the former two were Kraftwerk, whilst Flur and Bartos were essentially hired hands, on a salary throughout their membership of the group. The legal battles seem to centre on Flur's assertion that he was instrumental (sic) in the development of the group's sounds -particularly its early experiments with drum machines and their design and construction...designs apparently patented by Hutter and Schneider without Flur's knowledge.

Despite a rather idiosyncratic writing style (which mat be due to the translation from the German) it's a fascinating read, and prompted me to download a few Kraftwerk albums that I didn't already own, including the classic 'Autobahn' that introduced me to them in the first place, thirtysomething years ago. At the time, it sounded like something from another planet, and has aged reasonably well. Expect to see them popping up on the soundtrack over the next few weeks.

Fun and games continue with Pedro, the feline food processor, who definitely has a screw loose (in the nicest possible way). I can understand him climbing into the dishwasher to investigate the dirty plates and cutlery and scraps. I can even understand him climbing into the freezer when I was taking some stuff out for tea. However I have no idea what possessed him to jump feet first into the toilet this morning. Daft as a brush. But in a nice way.

Son No 1 duly turned up around lunchtime, ready to make friends with Pedro - easy when you are chomping on a tuna sandwich, it has to be said. He is up north for an interview on Thursday in Manchester, although some crossed wires with the agency means that we are still awaiting firm details of time and place and a distinct possibility that the interview may not actually happen. Still, he's made a few phone calls and sent a couple of chasing emails, so we'll see what transpires. In any event, details of his second interview, in Bristol on Friday, are confirmed so that one is a definite starter.

Son No 2 seems to have been lucky so far with the weather up in the Lake District, notwithstanding all the lousy forecasts, as he happily texted me from a pub in Coniston. Let's hope his luck holds out for the rest of the week and for Glastonbury as well. 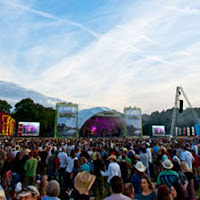 Following the announcement about Thom Yorke, further good news for Latitude comes with the announcement of Of Montreal, Maps, Lykke Li and Camera Obscura. Names that will probably mean little to you, but who are all bands worthy of your investigation and time. It's a little gem of a festival, is Latitude, and a fine summer dessert after the Glastonbury main course. Tickets still available - £150 if you want to join us.

One of my favourite Glastonbury performances in recent years was John Fogerty, back in 2007.

Fogerty was, of course, the leading light behind Creedence Clearwater Revival, responsible for some of the greatest songs (and albums) of the late '60s and early '70s - many of which he delivered to an adoring crowd. He retains a fine head of hair for a relatively elderly man, as well, which is nice. 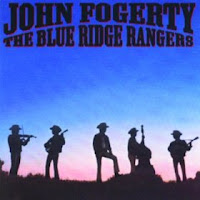 Creedence imploded in the early '70s amidst a welter of legal battles and recriminations, and for many years Fogerty was unable, and unwilling, to play his own songs - a situation that was gladly resolved in later years. In 1973, however, his response was to release today's featured album - essentially a pure country album, mixing originals with covers. It's by no means the best album of his career, but that said, it's a fine example of early country rock and Fogerty's too talented to produce sub-standard work, whatever the genre. Not a massive seller at the time, but worth a listen.