Son No 1 headed off back down south today, after a detour to pick up Son No 2 from Huddersfield - so with the house quiet it was time to start the planning for next week in earnest.

First job: Print off the Glastonbury Clashfinder and do some preliminary planning on who to see and when. A plan that will probably last until Friday afternoon, then to be consigned to the back of the tent as I make it up as I go along.

For what it's worth,there appears to be an unhealthy focus on the Pyramid this year - that will have to be rectified on the fly I think. But at the moment the highlights are looking like this:

Next job: Start piling up all the essentials in the spare room. Shorts, t-shirts, bandanas, beads, ponchos, hats, the usual stuff. Take a long look at the pile of stuff and then put half of it back in the cupboard. Root out torches, cameras, batteries etc. Going to risk taking the expensive camera this year - it's bigger and heavier, but takes far better pictures in low light than the cheap compact one. Defeats the object really, taking a small and light camera if you can't take any decent pictures with it!

Finally today - give the booze shopping a bit of thought. It's looking like a serious booze run on Tuesday - a run that will involve the purchase of a vodka drink, a gin drink and a white wine drink. And some cheap red bull substitute (got to keep my energy levels up!) At the very least. Oh, and some cereal bars to take away and bring back, uneaten. 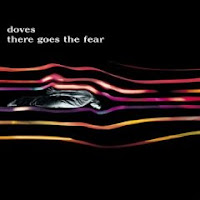 One band I won't be seeing at Glastonbury is Doves - saw them last week as reported, and will see them at Latitude next month - and they clash with Neil Young as well. The 'best of' I'm listening to now was a download, and I don't think was ever an official release by the group - I'm guessing it's a 'fan compilation' put together and uploaded to a music blog. No matter - I've got all the official albums anyway, so the group's not losing out due to this bit of downloading. The compilation pre-dates 'Kingdom of Rust' but cherrypicks nicely from the group's first three albums. Definitely suits a relaxed afternoon's listening.