Day 92: I Remembered This Year!

What did I remember? Our kid's birthday, that's what! For whatever reason last year (probably Glastonbury excitement) his birthday completely slipped my mind...I quite literally woke up in a cold sweat sometime in July wondering what the hell (if anything) I'd gotten him for his birthday. The answer was, of course, absolutely nothing.

How bad is that?

He was fine about it, thankfully, although that probably made me feel worse instead of better. Reparations were duly made, some time after the event, and I vowed to get it right this year. So out first thing to find something suitable, and to pick up a birthday card too. Oh, and a Father's Day card for the arl fella as well - I'm really on the ball this year!

Got my brother sorted relatively quickly, and then (it being the week before Glasto) picked up a couple of non-essentials for the festival - a lightweight long-sleeved top (merino wool, don't you know) and some karabiner clips (to clip things to my belt - I've got this 'utility belt' thing that would put Batman to shame. Some might call it a bum bag. I wouldn't) . Also picked up an essential - some antibacterial handwash. Alcohol based, it cleans and disinfects your hands and then evaporates.

Further alcohol-based essentials will be purchased nearer the time.

I went out first thing to avoid the bad weather that was supposed to be rolling in during the day. Despite thunderstorms elsewhere, it stayed dry and sunny around Waring Towers today. Whilst the nice weather is good, I'm a bit worried that it's going to break eventually - and I'd rather it broke now than, say, in the middle of next week...

Back home then, to trawl the jobsites and come up empty-handed yet again. Had confirmation of a slight change in time to my meeting on Friday, but it's still going ahead and, flaky as it is, represents my best chance of something happening sooner rather than later. We are three months in now, approaching 100 days, and something does need to happen pretty soon or it's going to get a bit hairy.

But I'm not going to dwell on that here, this blog is for the nice things in life, like...Peggle!

If you have an iPod or an iPhone, I warn you - don't buy Peggle. It's addictive as crack cocaine. Just a little game, shooting balls at coloued pegs, but my, the time just flies by. 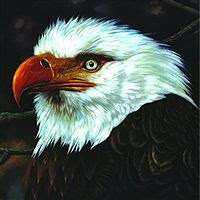 Soundtrack today - and it plays very much like a soundtrack - is the latest from Mogwai, a Scottish band named, of course, after the little furry creatures in Gremlins.

Described unhelpfully as 'post-rock', they tend to play long, guitar-based instrumentals that owe a debt to My Bloody Valentine and other 'shoegazers', but there are also bits of Joy Division and the Jesus and Mary Chain in there. The Hawk is Howling is their sixth album, and was released to generally positive reviews back in 2008.

They also soundtracked a film about Zinedine Zidane, which Mrs W bought me for my birthday and is due an outing soon. The film essentially focuses solely on Zidane during the course of one game, played out to no soundtrack other than Mogwai's music. I should give it a viewing soon and will report back!

This is 'BatCat', from The Hawk is Howling. No, I don't know what it's about either.