Where has all the time gone these last few days?

I'll tell you where. Getting giddy about Glastonbury - checking weather forecasts, planning where to go and when, checking the weather again, sorting out clothes and stuff - oh, and just having one more check on the weather front. 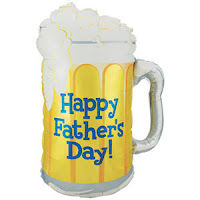 Sunday however, I did the decent thing and went down to see my old man on Father's Day. Well, that was the plan. Of course I got down there and he was out. Apparently he'd called me at home and twice on my mobile...none of those calls actually reaching me for some reason. He's old, and he was using a mobile phone. He could have been calling anyone.

Still, had a quick chat with him on the phone, left his card there and had a chat with my Mum instead. Which was nice.

For my part, I had a card off Son No 2 and a present from Son No 1 - a Van Morrison CD that he'd somehow divined that I wanted - I must have put it on my Amazon wish list...either that or he's telepathic! All good stuff, just glad they remembered!

Watched the Grand Prix and, naturally, as soon as we get to the UK, the wheels (not literally, thankfully) come off the Button bandwagon and he is well beaten by the Red Bull team, who appear to be running into a bit of form and consistency. Might be a 'season of two halves' which would liven things up no end come the final few races!

After moaning about the general flakiness of my home computer, I ordered a new box from Dell which arrived on Monday. Just the box, all my other accessories - monitors, keyboards, mice etc - are all fine. Spent most of the day copying stuff from my old machine onto my new machine, via an external hard drive - with variable success, it has to be said - email and web bookmarks came across like a dream, but iTunes was a nightmare - looks like my ratings and play counts have been lost forever, although most of my playlists seem to have transferred ok.

The new machine is running Vista, which looks very pretty, but I can't say I'm convinced by some of its quirks - quirks that seem to have been eradicated in the early version of Windows 7 that I have seen. Still, will give it a go and - touch wood - it seems pretty robust at the moment. No doubt while I am away it will stop working for Mrs W. And that will be my fault.

Early post today for Day 100 (is it really 100 days already? Where has the time gone?). Just back from the supermarket, having done the booze shopping for Glastonbury. It breaks down like this: 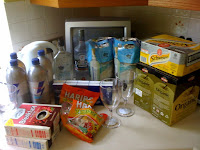 Oh, got some wet wipes and bin liners too. Food? Cereal bars, sweets and peanuts, most of which will come back unopened.

The booze should see me through to Friday though.

Early start tomorrow to pick up Son No 2 in Trowbridge as early as possible, then off to Wells to pick up a couple of his mates. Hopefully camped up before midday, and cracking open the first cider around lunchtime.

So it's going to be quiet for a few days - but full, extended Glastonbury report will follow early next week.

If I'm still alive, that is. 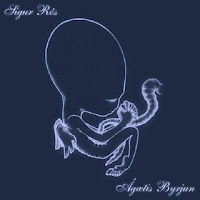 Soundtrack today - Sigur Ros, who are not touring this year but who headlined Latitude last year and were totally excellent. Bit of a 'Marmite' band, but they'll do for me. Ágætis Byrjun is their second album, and the one that brought them to mainstream attention. They opened Latitude with one of the standout tracks on the album, Svefn-g-englar. And here it is, not from Latitude unfortunately, but from Bonnaroo on the same festival circuit.

Wish me luck all - see you when I get back from Glasto!