Today's soundtrack: Modest Mouse - This Is A Long Drive For Someone With Nothing To Think About

Up early for a meeting in Manchester with a firm of accountants about a potential role with them. This is my second meeting - the first took place on Day 96, when we talked about the possibility of something opening up post-September.

Well, the upshot of today's meeting is that something may well be available, subject to the submission and acceptance of a coherent business and personal case for my appointment. I agreed with my contact that, although there were no promises, it was definitely worth the two of us working together to produce and submit the case for the appointment, as it were. It will be a long, drawn out process - these things often are - but it's encouraging to know that, at the very least, there is a willingness in the firm for them to even consider such a submission.

Took the opportunity while in Manchester to get one of Mrs W's watches re-repaired - after changing the battery a fortnight ago, the new seal was too thick for the watch, causing the back to pop off. While that was being fixed, I picked up a few books from Waterstones - the pile of reading material is declining rapidly with my increased leisure time and I needed to stock up! 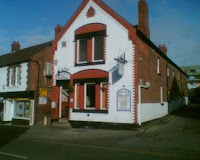 Back home for a late lunch, and out again in the evening with Mrs W for a meal - she treating me, this time. We went to Oswald's in Frodsham, above the Helter Skelter real ale pub, which is well worth a visit if you like your ale authentic, chewy and with bits of twigs in. I jest - in fact there's a good, cheap selection of well-kept beers in a single-bar pub with a really nice atmosphere.

The restaurant is upstairs, and is quiet and spacious. The food was really nice - especially my starter - Bury black pudding on a potato rosti with a creamy apple sauce. Delicious, if a touch filling. My main course of rolled sea bass with a lime and cabbage filling, with new potatoes and salad was also very good, but defeated me. By going early on a Wednesday evening, we also benefited from two special offers on the food and on the wine, so it was also a relatively cheap night out as well. Especially for me, since the wife was paying!

Modest Mouse on the soundtrack today - indie band from the Seattle area who became marginally famous a few years ago when Johnny Marr joined them for an album and some gigs, that included an excellent, if windswept, Glastonbury appearance in 2007. 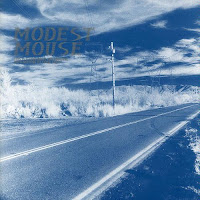 This is a Long Drive... is their debut album, recorded back in 1996, well before Johnny sprinkled some jangly golddust on their music. Not the most immediate of albums, it does repay a bit of effort to get past the band's idiosyncrasies. They have a jerky, tense way of playing, and coupled with Isaac Brock's 'yelpy' singing style, are most reminiscent of early Talking Heads or Pere Ubu. Interestingly, the album was produced by Steve Wold, who also played with the band live and in the studio around this time. Steve Wold later became far better known as Seasick Steve, performing solo blues and generally making the world a finer place.

Here they are on Letterman, with Johnny Marr, performing 'Dashboard'.