Today was spent out front, finishing off the driveway cleaning. A job that took most of the day, having unfortunately underestimated the halfway point yesterday. It's actually quite therapeutic - at least the 'washing' bit is...the 'shovelling up the crap' bit is just backbreaking!

Still, by about half three, the bulk of the work was done, all the dirt that had wedged itself in the cracks had been dislodged, swept up and redistributed in the flower beds (I've convinced myself it's really fertile stuff - we'll see about that) and I was showered and freshened, a significant amount of the dirt had found its way beneath my clothes somehow, as well as lodging itself in my hair and beneath my fingernails - ugh!

With the promise of good weather continuing across the weekend, I'd persuaded Mrs W that this might be the opportunity to crank up the barbie. Not that she took a great deal of persuading. So it was off to the farm shop to get some essentials - burgers, beef, lamb and salad - to go with the marinaded chicken that's been lurking in the freezer for a goodly while. Oh, and to pick up a few bottle of wine as well.

I really ought to check out the barbie itself - I've a horrible feeling there may still be some cremated ribs lurking on the grill from last time we cranked it up...over twelve months ago...

Then back home to put my feet up after my day of hard labour - until my services were required in the kitchen! A nice spag bol tonight, rich of sauce and piquant with herbiness. Eaten whilst watching The Killing Room on Sky, in the absence of any really rubbish films on DVD to watch. 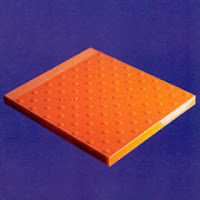 Petties on the soundtrack again, with what is probably their strongest album. It is, quite literally, Very Pet Shop Boys!

I seem to remember buying my copy in Dublin, or maybe Cork, on one of my work trips over there. In any event, I got the album in its rather posh orange 'dimple pack' livery, which I'd like to think is some kind of rare 'special edition' but which is no doubt as common as muck.

Whatever. The Petties really hit their stride with this album. Go West was the big single, but the other singles off the album - 'Can You Forgive Her' and 'I Wouldn't Normally Do This Kind Of Thing' - are archetypal PSB.

Here's the video for 'Can You Forgive Her?' - nice headwear chaps!