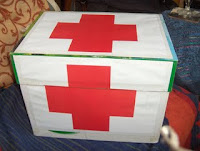 I had to get up relatively early today, to complete the Red Cross Parcel for Son No 2. On with the breadmaker then, to make a loaf of white (mixed with a bit of brown flour, to get some roughage into him), to go along with the lasagne I cooked him last night. While that was baking, I printed off the six copies of his CV that he'd asked for, and did some gift wrapping for Mrs W, who was busy shaking her booty down at the gym. Or whatever it is she does down there.

Off then, to Huddersfield, with CVs and emergency rations. On the way over, I listened to some podcasts on my iPhone from The Interface. If you've got iTunes, search for it in the application store. Loads of sessions/interviews with loads of bands, some purely audio, but the majority now video podcasts. Obviously I stick to the audio in the car(!) Sets from the likes of The Gaslight Anthem, The Hold Steady, Noel Gallagher, Mew, Of Montreal and many more. And all completely free.

The Student House is still looking in remarkably good trim, no dirty dishes in the sink and clean, well-stocked fridges and cupboards. Mind you, term doesn't start for another couple of weeks. Give it time, it'll soon look like an episode of The Young Ones (with Son No 2 in the Vyvyan role, I should think - look it up, son!)

Took Son and girlfriend (his - not mine) out for some lunch in a local pub, just catching the tail end of the Sunday Lunch crowd. Nice lunch, and a very pleasant Sunday all round.

Back home, and a quick chat with Son No 1 on the phone. He's picked up some contract work between now and Christmas - factory work, and not at all what he wants to do long term, but it'll give him some cash and some experience that will stand him in good stead when it comes to finding the 'real' job. Grin and bear it son - it'll be worth it in the long run! 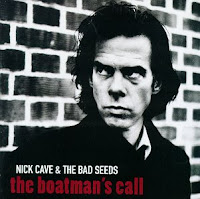 Some more Nick Cave on the soundtrack today. The Boatman's Call is Nick at his most mellow and contemplative, largely comprising piano ballads based around a brief but intense affair with Polly Harvey (of PJ Harvey fame). It's probably my favourite Bad Seeds album, although I understand Cave himself finds it a bit too personal - which it certainly is.

"I don't believe in an interventionist God"

How cool is that? Doesn't it just make you want to know what comes next - where can such an opening line take you?

Happily, it gets better.

I don't believe in an interventionist God
But I know, darling, that you do
But if I did I would kneel down and ask Him
Not to intervene when it came to you
Not to touch a hair on your head
To leave you as you are
And if He felt He had to direct you
Then direct you into my arms

And so's this performance of the song - just Nick and his piano.