Got some cooking for you today! Mrs W came home from work with a couple of pieces of salmon that needed turning into a tasty yet nutritious tea - my mission, if I chose to accept it!

So what to do? Mrs W reminded me of a rather nice 'teriyaki' glaze that we have used before, based upon treacle and soy sauce - but unfortunately the jar of treacle had long since been pitched (sell-by date was probably 1993 or some such). So I improvised, devising a glaze that combined soy sauce, sweet chilli sauce and maple syrup with some crushed garlic and a touch of sesame oil. Poured onto the salmon fillets (which were by now sat in a pair of tinfoil parcels) and baked in a hot oven for about twenty minutes, they were very tasty indeed. The salmon was accompanied by some potato croquettes and some stirfried vegetables (mushrooms, sweetcorn, sugar snaps, spring onions and bean sprouts) and a crisp young sauvignon blanc.

Very nice too, and a pleasant end to a rather busy and productive day. 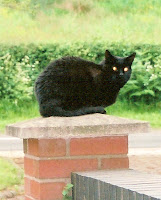 Took an early call from a recruitment agency - remember the conversation with my ex-boss a couple of days ago? The agency got in touch with me and after talking through the situation with them, they now have a copy of my CV for consideration - basically they will only submit my CV to the company if it does not reach them by any other means, so hopefully I have avoided compromising any exclusivities or confidences. It's a minefield, this recruitment thing! 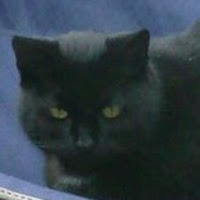 Spent all afternoon on one of my allocated chores - a long time ago, I bought a couple of 'multi-frame' picture frames with the intention of identifying, and printing and framing, a few pictures of cats past and present for Mrs W. Naturally, the picture frames have sat on top of the stereo (do we still call them stereos?) for about three months and I have finally been shamed into actually doing the picture thing with them. Once I started, it was actually quite an enjoyable (if long-winded) task and Mrs W was suitably appreciative of the end product. As she should be. 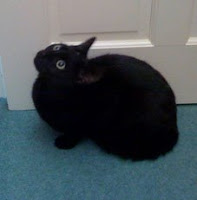 Oh, and I'll get onto the shower and the garden later this week, I promise. The ironing's piling up, as well...

Had a long chat with Son No 2 as well today - he's landed a ticket for the Reading Festival over the bank holiday (to which he's welcome - wild horses wouldn't drag me to Reading) which he's naturally delighted about. However I've got his tent here, and he wants to borrow my (voluminous) rucksack - and he needs the sunglasses he managed to leave here last weekend, so I've got a trip to Huddersfield to do a bit of dropping off in the next couple of days. Be nice though - get a spot of lunch in while I'm over there I feel! I've also got a visit from Son No 1 next week, en route to a holiday in Skye with his girlfriend's family - be good to spend some time with the lads in the coming week. Special request for home-made pizza from Son No 1 as well - news of my prowess is spreading!

We've not had any Doo Wop before on the soundtrack, but I'm right partial to a bit of doobeedoobeedoo from time to time. 'Doo Wop Dynamite' is a cheapo compilation on an obscure reissue label but it's got some lovely stuff on it, from the likes of The Dells, The Orioles, The Platters and The Moonglows. Songs from a more innocent time, when the suits were sharp, the shoes were polished, the hair was processed - and the harmonies were tight!

Doo Wop was, primarily, a black art form but as with so many elements of black culture, it got purloined and 'cleaned up' by white artists for the (primarily white) mainstream American marketplace. For 'cleaned up' most often you could read 'watered down' but occasionally the copyists got it right. I have to say this, because The Skyliners 'Since I Don't Have You' is one of my favourite tracks on the album - and it's only when I searched for the track on YouTube that I found out they are/were a white band. Preconceptions eh? Sounds obvious to me listening now, but what a great song. Love the bit where he breaks into falsetto at around 1:40 into the song...

And just how sharp are those haircuts? The less said about the jackets the better though...

Oh, and did you know that Guns 'n' Roses covered this? Oh yes they did...