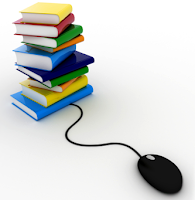 Busy day today, I needed to get myself ready for the interview the following day - which meant finding out as much as I could, from as many public sources as I could, about the company interviewing me. Which, essentially, means trawling through all the information on their two websites - the 'public' website which is the link between the company and its customers (real and potential), and more importantly, the 'investors' website, which includes more formal and statutory documentation including press releases and full/interim reports and accounts.

So the day was spent surfing, reading, downloading and putting a few thoughts/summaries down on paper. How did we do all this before the internet? With a lot more legwork, and a lot more lead time, to track down, order, receive and review what information we could.

In one sense it's great, because all the information you should need is readily available (to anyone with access to a computer and a broadband connection) but it does mean that there is no excuse for going into the interview room underprepared.

So I read, and thought, and read some more.

The other advantage of there being so much information readily available is that it allows me to make an informed decision as to whether this is the sort of company I'd be happy working for. And so far, the signs are good. Yes, they've had a rough twelve months or so, but so have most organisations. It is clear they have acted decisively to address the issues brought about by the credit crunch, to ensure they are positioned as well as they can be to take advantage of the opportunities that will arise post-recession. They have a clear commitment to corporate responsibility, to the health and safety of their workforce and their customers, and it is clear that they are a business with a well-defined long-term strategy that is still in place, despite the need to address short-term pressures.

All well and good, but what is really important (for me, at least) are the people. And I get my chance to meet the Finance Director tomorrow. Of course, he's got to like me as well... 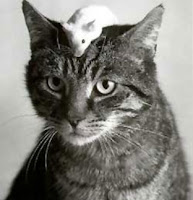 Son No 1 headed back down south after lunch, leaving me and the cat to our own devices. Which in his case, meant doing a touch more hunting. I was on the phone to the recruitment consultant, talking about tomorrow's interview, when I spotted the Hunter crossing the lawn with something small and wriggly between his jaws. Which was a bit distracting, to say the least! Luckily I got through the call quickly, and managed to corner the Beast before too much damage was done. Vole and Cat were separated and each went their separate ways, cat indoors for another 'grounded' session!

In other recruitment news, I took a call from another agency about some contract work which sound quite interesting. Not so interesting as to distract me from the interview tomorrow, but definitely something to consider if this role goes nowhere. 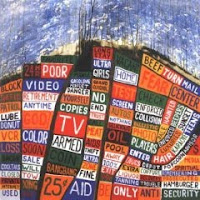 Finally some Radiohead on the soundtrack. Hail to the Thief is the third of the 'difficult' albums (following Kid A and Amnesiac) that the band released after the "Greatest Album Ever" that was OK Computer. Hail to the Thief represents a slight return to the rockier end of the Radiohead scale, and is less wilfully 'difficult' than its two predecessors. Nevertheless from my perspective it's an album to be admired rather than adored.

Here they are performing the album's opening track, 2+2=5, on Letterman. With loads of guitars and real drums!