Up early then, to avoid any traffic problems on my way into Manchester. These initial interviews were being held at the agency's offices, rather than on the company's premises. I parked up in my old parking space in plenty of time. A quick wander around the city centre to gather my thoughts, then into the offices where a quick glance at the signing in book suggested I was second on. Didn't recognise the name of number one candidate! 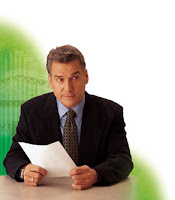 After a quick coffee, I was escorted into the office occupied by the company's FD. And for the next hour we had what I felt was a good, informal chat around the company, the role, my background and 'fit' for the role. At the conclusion of the interview, he said he'd 'enjoyed' the interview (hopefully a good sign!) but had two 'questions' (potential concerns, I suppose) about my suitability for the role - one concerning my seniority (essentially my willingness to roll my sleeves up and get my hands dirty) and the other concerning the acceptability of the proposed package (which is significantly more than £64 per week, but less than I have been earning). I answered the questions as best I could, then went out for a coffee with the consultant handling the appointment from the agency's perspective for a debrief.

With the promise of a phone call at the end of the day to update me on progress, I headed off back home. From my perspective, the meeting had reinforced my belief that there was enough 'meat' in the role to interest me, that this was a company I could see myself working for, and that, importantly, the FD was someone I would be happy to work for.

After a quick change out of my suit, it was off to Warrington to remind myself just why I need to get back working as soon as possible. Yes, it was signing on day! Nice to be able to tell them I'd been for an interview that morning, they do like to hear of some - any - progress, and it tends to stop them pushing accounts assistant roles in my direction.

Back home, and pretty drained after the morning's activities, a spot of baking and reading was in order. It looks like the Lescott deal has been concluded - finally - with Everton splashing some cash on Diniyar Bilyaletdinov, a left winger from Lokomotiv Moscow. Who he? You might well ask. Can he play centre back though? Hopefully rumours that Sylvain Distin is on the way are well-founded as I could see him doing a good job for us.

Six-thirty and the all-important phone call came through - and it's looking positive. Of the five candidates interviewed today, two have been 'dropped' - and I'm not one of the two! The FD is sleeping on the way forward - which might involve a further pruning of the three still in the race - prior to further meetings, probably with the Chief Exec and the Chair of the Audit Committee. But as it stands, I'm still in the game.

Elvis on the soundtrack, from one of his more recent albums. A glance at the 'top artists' to the right of all this guff will show just how much regard I have for the former Declan McManus, either solo or in collaboration with others. Ever since 'My Aim is True' in 1977, I have as a matter of course bought all his work, including re-releases, deluxe editions etc. It's not quite an obsession, but it's not far off. 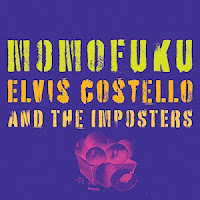 Momofuku is Elvis's last but one album, and is rockier than some of his more recent efforts. Which is not always a good thing with Elvis, particularly as he has aged - sometimes the rockiness feels a bit forced. For me, the more mature Costello is better suited to working with the likes of Allen Toussaint and Burt Bacharach in a more 'mature' style. That said, Momofuku (awful cover apart) is one of his better recent efforts and well worth a listen. The title is a reference to Momofuku Ando, the inventor of instant ramen noodles. Make of that what you will!

Here's a good one. It's Elvis and his missus, Diana Krall, alongside Willie Nelson, singing Willie's classic tune 'Crazy'. Doesn't get much better than this. Nice head of hair for a mature gentleman, Willie!

Hands off Distin, he's probably all that's keeping us off the bottom of the table (apart from Everton, that is!).