Mayhem at Waring Towers this morning, as our normal Friday morning awakening was augmented by a giddy bunch of holidaymakers looking forward to a week of sun, sand and general frolicery. Not for Mrs W and myself just yet though, although Mrs W has taken next week off , so today was her last day at work for a while. Me? Every day's a holiday for me.

I was designated driver for the day, so after a quick breakfast for the troops (having convinced our four year old guest that 'blue' milk and 'green' milk were essentially the same thing), the wagon was loaded and we set off for the airport. Terminal Three, as Mrs W had reminded me. Once or twice. 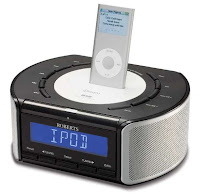 After dropping family and cases off at the airport, I headed off to the Trafford Centre. It was my mam's birthday today, so I needed to sort out card and presents for her. One of the joys of having workdays free is the opportunity to get to the shops at less busy times, although on the Friday before a bank holiday in the middle of the summer holidays, the shops were not as quiet as I would have liked. Still, I managed to get what I needed - plus a new clock radio for the bedroom - DAB, don't you know, with an iPod dock as well. Since getting my iPhone, my older iPods have been somewhat neglected so I though this would be a good way of getting some use out of the thing. Oh, and I also did a quick Markys run, stocking up on tasty ready meals for the Bank Holiday.

Marks and Sparks is a strange shop in the Trafford Centre - they seem to have squeezed three floors into the space of two, and the whole store feels cramped and overcrowded rather than light and airy. It's not actually that pleasant a shopping experience, I have to say.

Back home, to spend a nice gadgety hour or so setting up the radio, finding new radio stations and allocating preset slots. Pleased with it, it sounds good and isn't overcomplicated (it's a Roberts, by the way - there is a similar model made by Pure but that's ten quid more expensive and doesn't look as robust). Not tested the alarm yet - but one nice touch is that the alarm can be set separately for weekdays and for weekends, so no need to reset for Saturdays and Sundays. The things they can do, eh?

Then I spent a ridiculous amount of time emptying and refilling my old iPod. Initially it was confused by the fact that I'd changed computers since I last used it, but a factory restore sorted out that confusion. Deciding to fill the thing manually rather than automatically (why, Paul, why?) I then spent a couple of sessions dragging and dropping albums and tracks from iTunes to iPod. Finally finished at about two thirty in the morning, on the back of a bottle of red and a little whisky, so God only knows what stuff I decided to copy across in the early hours! 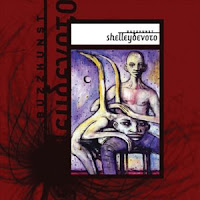 Touch more Trafford before I sign off - Howard Trafford, to be precise, who became Howard Devoto, originally a Buzzcock, latterly (and most recently) a Magazine. Six or seven years ago, well before the current Magazine reunion, he orchestrated a mini-reunion with his old Buzzcocks mucker, Pete Shelley under the inspired moniker Shelleydevoto. They released one album - Buzzkunst (see what they nearly did there?) - that received some critical acclaim and sold about thirty copies, I think.

Keyboard rather than guitar-driven, the album's a slight departure from the norm for both Shelley and Devoto, but as a fan of both, it's a neat little curio that deserves to be dusted off once in a while.

This is 'Til The Stars in His Eyes Are Dead, performed live - on a video clip that actually appears on the CD release as a 'bonus' video file. Howard manages to convince during the course of the video that shorts on a middle-aged man are a definite no-no!