Today's soundtrack: The Jackson 5 - I Want You Back

Men's Wimbledon final today, sadly no British interest but a fascinating match-up between Federer, looking to break Pete Sampras' record of Grand Slam wins, and Roddick, the underdog with the massive service game. Generally, I can take or leave the tennis, but I thought I'd give the final some time today (albeit multi-tasking as I had a book on the go at the same time).

What was Federer wearing on his way out of the dressing room? It wasn't a tracksuit, that's for sure! long white trousers (which stayed on for the warm-up) and a white frock coat of some description - upturned collar to boot. I'm not sure this is something we should be encouraging. Roddick looked far more the part in his tracky top.

First set, and Roddick has obviously not read the script for this game at all, having the temerity to take the first set 7-5. The second set was nip and tuck all the way, going to a tiebreak. Roddick also looked to have this in the bag, going 6-2 up, but Federer was able to dig deep and clawed his way to victory in the set. So from having four set points for a 2-0 lead, Roddick was back to 1-1. And the game was probably lost there - everything else was just a matter of time. Federer took the next set, also on a tiebreak, but Roddick refused to be beaten, coming back to win the fourth set 6-3. At this stage, Roddick had yet to lose a service game, whilst he had broken Federer twice. Given the quality of his service game, you felt (or I felt, anyway) that so long as he could continue to hold, the game was his to lose.

No tiebreaks in the final set of course, and the two men traded blows and each managed to hold serve.

And hold. And hold.

Deadlock finally broken in the 30th game of the set - and it was Roddick who blinked first. So Federer made it 15 Grand Slams - and his place amongst the greats? That would appear to be the accepted wisdom amongst those who know.

He needs to get rid of the frock coat though.

In other news - Michael Jackson died last week. In all the excitement of Glastonbury, I forgot to pass comment. So here goes. 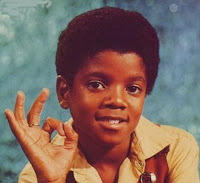 I first heard about his death in the early hours of Friday morning and initially dismissed it as a standard 'Glastonbury rumour' (someone famous 'dies' every year, according to the rumour mill). But no - independent corroboration came very quickly from 'outside' that this rumour was indeed true. Perhaps surprisingly, the overwhelming mood around the site was not shock or grief, but merriment - a constant slew of sick jokes and instant t-shirt slogans.

Why was this? I think a lot of it stemmed from the separation of MJ the artist, from MJ the man. And let's be honest, there's a lot of potential material out there if you want to make sick jokes about his death.

So is it possible to separate the art from the man? Well yes, I think it is. Whilst there is no doubt that Michael was a deeply disturbed, sad individual - and I suspect the 'no smoke without fire' rule definitely applies to at least some of the accusations made against him - there is also no doubt that he was involved in the creation of some of the greatest pop and soul music recorded in the '70s and '80s. And, initially, that's what people should remember. Later, there will be time to discuss and understand how the happy child who recorded 'I Want You Back' turned into the disturbed individual who died before his time - who 'never grew up'.

This aspect of Michael's age is also interesting. He was 50 when he died. John Lennon was 40. Elvis was 42. Marvin Gaye was 45. Jimi, Janis and Kurt were 27. But despite long outliving all these people, there is still the feeling that Michael was in some way 'younger' than them all. 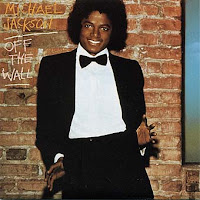 But why do we cut MJ this slack? Will we be as understanding when Gary Glitter dies? Phil Spector? Almost certainly not. Because I think we all realise that - whatever bad things Michael did - he is still a victim - bullied and humiliated from an early age, never given the opportunity to grow up, never really protected from himself in his twenties and thirties, overindulged and undermanaged.

So remember him this way. It really doesn't get any better than this.