It's no good going away for a week and then having to catch up on your self-imposed blogging discipline, especially when you've got so much to write about! I spent most of today getting up to date with my blog, pulling the final strands of my Latitude thoughts together and trying to get back into the swing of the daily routine. Eventually, I got there - and congratulations to you if you managed to get up to date with things as well!

Spent the rest of the day waiting for the phone to ring (which it did - once - a recruitment consultant kindly ringing up to see where I was up to, but also to admit that he had absolutely nothing for me) and trawling t'internet for this and that. 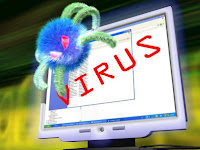 I also needed to sort out my antivirus protection. New computer came with a month's free subscription to McAfee that was on the point of expiring, so I uninstalled that and searched for something both cost- and bloat-free. I have learned over the years that Norton, McAfee and their ilk are designed to completely take over your computer and slow it down to a crawl - whilst charging you for the privilege. There are a lot of free, sleek alternatives out there if you care to look. I've used AVG in the past, but have heard good things about avast! recently so I downloaded and installed that. So far, so good - although losing the McAfee spam filter has caused lots of crap to sit in my inbox rather than being seamlessly hauled off to junk mail. I'm sure that will sort itself out in time though.

Otherwise, it was interesting to read the Latitude forums to see what other people were saying - good and bad - about the festival. My, there's a lot of moany people out there! Generally though, the festival seems to have been a lot more secure than previous years with very little crime reported and most (serious) gripes seem to revolve around the queue to get in on Thursday, the queues to get into the arena and the rain. Given that, I think the organisers can be pleased with a job well done.

On the back of the newer bands I saw at Latitude, I have 'saved for later' a number of albums in eMusic for when my next set of downloads kicks in, and ordered a couple of other albums from Amazon where eMusic doesn't have the artist in its inventory. Also ordered - at rock bottom price - a few more series of The Shield, as Mrs W and I are ploughing through the current box set (the third) at a rate of knots. It's not quite The Wire - what is? - but it's not a million miles away in terms of quality and consistency.

Speaking of The Wire, I am still working my way through Homicide, the 'year in the life of the Baltimore homicide unit' written by David Simon, the creator of The Wire. It's a really good read and I'd recommend it to you unreservedly. 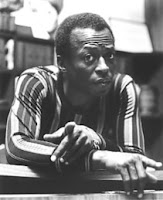 Bit of jazz on the soundtrack today, although 'Jack Johnson' is as much a rock album as a jazz album. It consists of two tracks, one on each side of the original vinyl album (and both approaching half an hour long) and was originally recorded as the soundtrack to a documentary about the eponymous boxer. It builds upon Miles' earlier recordings - Bitches Brew and In A Silent Way and, to my ears at least, is better than both - more focused and melodic. It helps that it 'rocks' and is a good way of getting into jazz from a rock perspective. 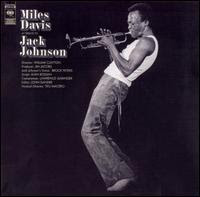 As well as the single album version, there is a five-cd box set that includes a lot more material from the sessions that I picked up from iTunes for the price of the single album - one of a number of examples of iTunes mispricing box sets as single albums. Five cds of outtakes is a lot to subject yourself to in a single sitting however - I'd stick with the original if you want to explore!

There's a good article on the Jack Johnson Sessions here if you're interested. And here's the first ten minutes of 'Right Off' from the sessions. Jazz? This stuff rocks like a mother!