Up early this morning, to bake the bread for lunch. Tried something different today, using milk instead of water in the loaf to see what sort of difference it made. Well, none really, in that the loaf was at least as good as every other loaf the breadmaker has churned out. It doesn't seem to matter what I do, the breadmaker is absolutely foolproof.

So come lunchtime, freshly baked bread sliced and buttered, Lincolnshire sausages cooked on the Formby, touch of brown sauce...it doesn't get much better!

Nicely stored then, it was off to Goodison for the Spurs game. A lack of fit fullbacks meant that Phil Neville started at right back, young Jack Rodwell coming into the defensive midfield position and Danny Gosling taking the place of the injured (or just rested?) Leon Osman. Spurs had their own injury problems with Aaron Lennon out. 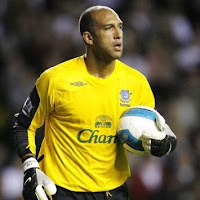 Well it was all a bit 'end of term' today. Neither team seemed able to take the game by the scruff of the neck and clear-cut chances were at a premium. The game was not helped by an overly fussy and one-sided referee who constantly interrupted the flow of the game. So an ultimately inevitable nil-nil which (given results elsewhere) guaranteed 6th place and a European place through our league placing. And Villa's defeat at Fulham still gives us a realistic chance of 5th place.

Difficult to pick a man of the match, or even to criticise individual players, as they all played well in patches and no-one played particularly badly. Kudos to Tim Howard though, for breaking the club record for clean sheets in a Premiership season (16) with two games to go. And also to Jack Rodwell, who is beginning to look like a *real* footballer. This kid already looks extremely comfortable at this level and at only 17 will only get better. Let's just hope we can keep hold of him - unlike that other 17 year old who left a few seasons ago! 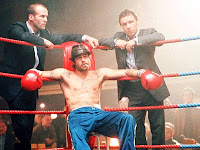 Nothing new to watch this evening, so we dug out one of our old favourites, 'Snatch', for a change. Now I know that Guy Richie is not flavour of the month anymore, but I still believe Snatch is an underrated gem of a film. Brad Pitt does a cracking job as Mickey, the 'pikey' boxer, absolutely nailing the accent, and Jason Statham is perfect in the role of 'Turkish', our hero - his air of what I can only describe as cagey bewilderment at the mayhem surrounding him is just spot on. As with all good films, the dialogue is eminently quotable and the soundtrack is perfect. 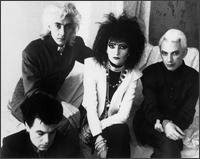 Speaking of soundtracks, today we've got one of my all-time favourite albums on the go, 'Juju', by the Banshees. Certainly their best album (although A Kiss in the Dreamhouse runs it close), it features one of my favourite guitarists of all time, John McGeoch, who had previously been with Magazine, another of my favourite bands. McGeoch was not a 'flash' guitarist, dealing in textures and effects rather than solos, but his style was perfect for the Banshees (and for Magazine previously). Sadly he died in 2004, far too young and too soon.

Here are Siouxie and the Banshees performing Spellbound from Juju, with McGeoch on guitar, back in 1981. Marvellous stuff.