Well, final confirmation today that not only have I got my ticket for the Cup Final sorted, but that the whole of Team Waring is also sorted - the latest ticket announcement by the club made it clear that all the tickets we'd applied for will come through, the 'selection' criteria having been relaxed sufficiently for us all to go. We may even be able to get hold of an additional ticket for Son No 2 to come along as well - fingers crossed!

Actually having a seat specifically allocated (and being able to pick out the seat in the Wembley plan) makes it all seem very real now...cup final! At Wembley!! The only stumbling block is we've got to beat Chelsea once we're down there, but that's just a detail, really. A very minor detail.

Spoke to my Leeds recruitment consultant again today, and some pretty positive noises coming out of there at the moment. Nothing concrete, but a willingness on the part of the organisations they are speaking to, to at least consider me for potential roles - and largely on a personal basis, rather than as one of a number of potential candidates. I do think that if I'm going to get sorted sooner rather than later, this will be the route by which I'll get sorted.

Finished my Johnny Cash biography today. Not a bad book, but it all seemed a little bit superficial, hinting at the complexity of the man rather than really getting beneath the surface. Cash is a character crying out for a real in-depth biography to be written, by a Peter Guralnick-type biographer along the lines of his two excellent Presley biographies. It may be that such a book is already out there, but if it is, I've not come across it. Might check with the 'Word Massive' on their website - it's the sort of question that would be right up their street.

So with the Cash out of the way, what's next up? I'm about to start Andrew Marr's 'History of Modern Britain' which I've heard plenty of good things about. Hopefully a touch more accessible than Simon Schama's three volume history of Britain, which sits accusingly in hardback on my bookshelves. One day....

I think we're looking at a Spaghetti Carbonara for tea tonight - have I already given you a carbonara recipe? Pretty sure I have, you know....yep, there you go, Day 39 if you're interested! 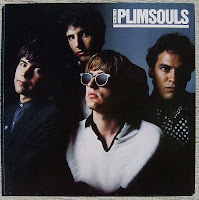 Plimsouls on the soundtrack today. Not that well known in the UK, but a lot bigger in the States back in the day. They are (were) what used to be known as 'Power Pop', ie slightly punky, very melodic and catchy tunes, narrow ties etc. Difficult to think of a mainstream UK equivalent you'll have heard of - maybe The Motors or The Records, although again hardly household names. Peter Case, lead singer, went on to establish himself as a solo artist of some quality in the mid-'80s - his first album in particular is a thing of some beauty. The band re-formed recently and toured, although not sure if they recorded any new stuff or not.

And here they are performing on that reunion tour - see what you think..