When you're not working! Very strange feeling going into a holiday weekend, as the 'benefit' of a couple of extra days off doesn't really apply at the moment. Still, be nice to have Mrs W around the house for a few days (so long as she doesn't get under my feet!) and Son No. 1 is coming up to stay for a few days at the end of the holiday as well, which will be good.

Big Shop for the bank holiday this morning, out early to avoid the rush. Got everything we needed for the weekend, and the promised fish pie will be duly delivered on Good Friday (got to have fish on Good Friday!) and recipe will follow - if it's any good.... Mexican and crappy film tonight though I think. I suspect a lasagne will also be prepared over the holiday as well.

Grasped the nettle today, and parcelled up our stocks of cat food and cat litter for delivery to the cat shelter that we got Katy Teabag from. It's a shame to be removing all trace of her from the house, but the food can be put to good use by the sanctuary, looking after all the other cats who have been rescued in the same way as Katy. The sanctuary is called Paws Inn and their website can be found here. Teresa, the lady who runs the sanctuary from her own home, is totally reliant on donations to support her work - otherwise everything is funded from her on (limited) resources. You will note that there is a Paypal page on the website (here) where donations can be made, if you are of a mind - having seen what good and selfless work Teresa does for her animals, it is money well spent, I promise you. 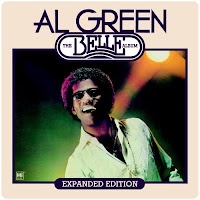 Although not particularly of a religious bent, I was moved to contribute to a thread on the Word website today, looking for our favourite religious songs (given that Easter is upon us). So I added one of my favourite songs of all time (secular or religious) to the thread - Belle, by Al Green. This was recorded not long after Al 'got' religion and was trying to put aside Earthly temptations - in this case, the 'Belle' of the title...."It's you that I want, but it's Him that I need...".

Anyway, it's beautiful stuff, whoever or whatever your God. 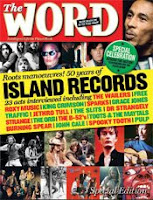 The Word is, without doubt, my monthly reading material of choice and a magazine that comes with many 'added extras' - a vibrant and vocal community contributing to its website and a weekly podcast adding to, and building upon, the magazine itself. It helps that I fall slap bang into the middle of the Word demographic - ie borderline obsessive music fan fast approaching middle age but refusing to go there gently, with an unhealthy knowledge of the minutiae of rock music from the late '50s onwards. Anyway, I commend the magazine, the podcast and the website to you all. Hours of harmless fun debating the merit of Beatles album remasters and such - all to be found here.

For the second day in a row, I received a 'thanks, but no thanks' letter from a job application. Not too disappointed, as it would have involved quite a hike from home, but it's a bit disconcerting that - despite a good CV and what I thought was a compelling case - I don't even merit shortlisting for interview. However, as one door closes, another door potentially opens - an agency called today with another potential job closer to home and in line with my experience and skills. Again, early days, but good that people are still thinking of me and that there are at least one or two opportunities out there.

Despite the huge temptation, I am going to make no comment on Big Red's defeat at the hands of Chelsea last night. Naturally I didn't watch the game - I know for a fact that if I had the result would have been completely different - and only became aware of the result this morning, when I was party to a bit of premature gloating from the ManYoo camp going backwards and forwards by email. I use the word 'premature' advisedly - at present the tie is only at half time so there is plenty of time yet for the pact with the Devil to reassert itself.

Of more interest at the moment is ManYoo's apparent desire to self-destruct - their ongoing difficulties in the Champions League and the Premiership do give me the faintest hope that their focus will be elsewhere going into the semi-final next weekend. Pushing our chances of getting the FA Cup final from 'none' to 'slim' in the process! Semi final ticket is now happily sorted so there will be at least one Grand Day Out at Wembley this year, which I am determined to make the most of - whatever the result! 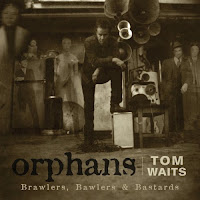 Tom Waits on the soundtrack today - the 'Orphans' collection is a bit of a sweep-up of various bits and pieces from his long and varied career, loosely themed across three CDs. Currently listening to the 'Brawlers' CD which shows off Waits' more muscular style. My preference is for Tom Waits the barroom balladeer, alone at the piano save for a pack of Camels and a quart of bourbon, lamenting the loss of a good woman and his lot in life.

Here he is on the Whistle Test back in 1977, singing 'Tom Traubert's Blues'.