Well I was supposed to be taking it easy today, after my exertions yesterday, but it didn't really pan out that way as my conscience got the better of me.

First things first though - I put in my application for the overseas job I mentioned yesterday - it might be a bit of a long shot, but having discussed it with Mrs W, we both feel it is worth investigating further. So the CV is in, let's see what comes back.

In other news on the job front, I took a call from another recruitment consultant, who is exploring something on a speculative basis and wanted to know if I was happy for him to put my name forward...yes please! And finally, one of my earlier applications has borne some fruit in that I'm through to the 'next round' of assessments, which involves some psychometric testing and a day of exercises and interviews on site. Unfortunately, the assessment day happens to fall on my birthday, which as some readers will know is a 'biggie' this year, which means rearranging plans Mrs W and I had to mark the day ('celebrate' perhaps being the wrong word...). Still, if I'm successful in the assessment process, that might be the best birthday present I could get?

The most satisfying thing is that, even some 39 days in, I am still getting contacted with potential opportunities and the phone is still ringing. We always accepted it was likely to be a long, slow process (and it may be that none of the things above come to anything) but at least there isn't a feeling that things are passing me by.

I took advantage of the continuing good weather today to get out into the garden and continue Operation Lawn Rescue, getting the 'Weed and Feed' down and spraying the weeds with weedkiller. I also planted a leafy thing that we've had sitting in a pot for a while - be interesting to see if I can actually get anything to grow out there! 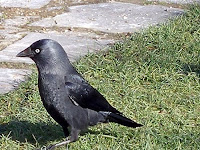 I also took the opportunity to try and identify some of the many birds that are attracted by Mrs W's largesse on the birdseed front. Surprised (and pleased) to see that in addition to the bog-standard sparrows, pigeons and blackbirds, we have been visited by bullfinches, jays, jackdaws and even occasionally by a woodpecker.

Having finished in the garden (and having wolfed down some more of my ryebread housebrick) I finally attacked the pile of ironing that has been building up for a while now. I didn't literally attack it - although I felt like it - but now feel quietly satisfied that it's all done, folded and put away in drawers.

But it doesn't go away, does it, this housework? Bugger doing this full-time - I'd rather have a job!

Quietly satisfying night last night - I cooked a stonking Spaghetti Carbonara and sat down with a cheeky white to watch the Everton game. Coming hot on the heels of the semi-final, I fully expected us to get steamrollered by Chelsea, especially when I saw the changes to the Everton team. However the boys acquitted themselves really well and got a fully deserved draw - and with the bulk of the chances and a decent penalty shout, we were probably unlucky not to win. Particularly pleasing were the performances of Lars Jacobsen and Segundo Castillo, two players who have had few chances to impress this season but were given their chance last night - and both impressed with their application and tenacity. However the man of the match - by a

country mile - was Leighton Baines, who was imperious both defending and going forwards. After getting very few chances last season to establish himself, he has taken his chance this year to become a fixture in the first team. A watching Fabio Capello, comparing Leighton's performance to that of Ashley Cole, will no doubt have been suitably impressed. On current form, there is no doubt who the best left back in the country is - and he's not married to one of Girls Aloud!

The Spaghetti Carbonara? Dead easy! In a big pan, fry up in some olive oil a decent chunk of bacon (4 or so rashers) that you have cut into small chunks. I actually prefer to use pancetta, but in deference to Mrs W's wishes, I stick to common or garden unsmoked back bacon. In the same pan, add a few cloves of finely sliced garlic - as many cloves as you can stand. When the bacon and garlic mixture begin to brown and crisp, add a decent glug of white wine and reduce over a medium heat.

Cook your spaghetti in a large pan of salted boiling water, and while the spaghetti is cooking, break four organic/free range eggs into a jug and beat thoroughly with some salt and black pepper. Add a similar amount by volume of freshly grated parmesan and blend thoroughly. 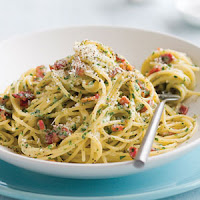 When the spaghetti is cooked, drain thoroughly, then add to the pan containing the bacon and garlic. Mix thoroughly, reducing the heat to the lowest flame you can. When the spaghetti is fully coated with the oily bacon/garlic mix and is heated through, add the egg and parmesan to the pan. Again, mix thoroughly until the pasta is coated with the sauce, and the egg is beginning to set. Don't allow the egg to set fully, you are aiming for a thick (but cooked) sauce, not scrambled egg or (God forbid) a pasta omelette!

Serve on hot plates with yet more grated parmesan and black pepper. Eat with gusto.

Oh, remember my cheeky bid for the Albertos singles the other day? I won the bid (at the outrageous sum of £1.99) and the singles turned up this morning. Result! 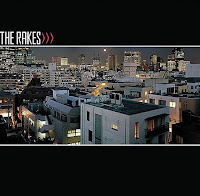 Today's soundtrack comes courtesy of The Rakes - an indie band formed a few years ago, who came into prominence around the same time as Bloc Party, The Futureheads and Maximo Park, and with whom they share a similar sound. Capture/Release is their first album and it's....ok, I guess, nothing particularly special.

Anyway, make your own mind up - here they are performing 'Retreat' on Jools Holland...

Right, I've a Cottage Pie to be cooking now (cooked with beef mince - it would be a Shepherd's Pie if I used lamb) so laters everybody...
Posted by Paul Waring at 5:08 pm

Good luck with the interview Paul.